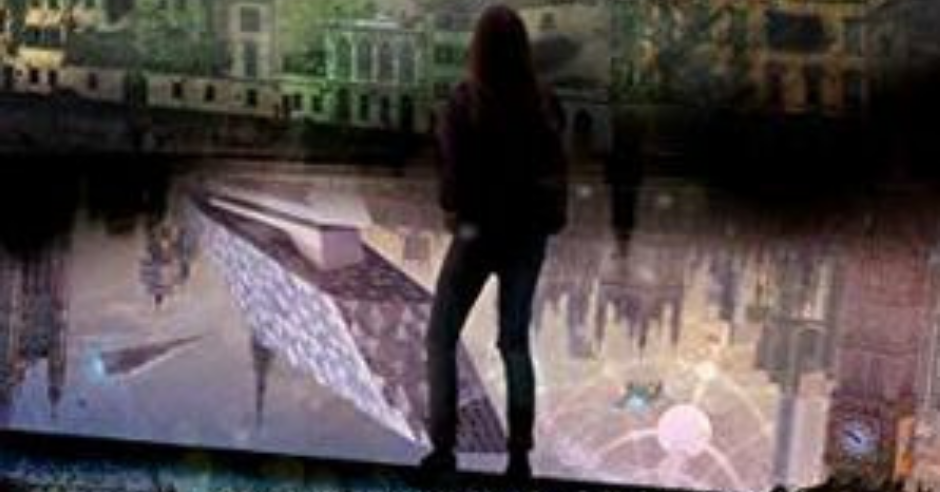 A Conversation With Hannah De Giorgis – Author of Threads in Time

In your story Threads in Time, your lead character is named Lyndall Huxley. How did you go about creating her? Is she pulled from life or entirely from your imagination?

Lyndall materialized in my mind as quite a distinctly formed character from the beginning. For me, it was important to create a strong female protagonist (in quite a male-dominated time-travel genre) whose tale is, to a certain extent, a coming-of-age one. And then, as the story developed, her character grew and evolved with it. I would say she’s a hybrid – an amalgamation of imagination and real-life inspiration. After all, we write from what we know. She is named after a wonderful feminist character from a little-known nineteenth-century novel, The Story of an African Farm by Olive Schreiner, and her family name is a thinly-veiled(!) salute to Brave New World. Lyndall finds herself in an alien world, which leads her on a life-changing journey of many twists and turns.

Twenty-two-year-old Lyndall Huxley wakes to find herself thousands of years into the future. Something went wrong with the programme for which she volunteered – a programme that employs Einstein’s laws of relativity to send travellers forward in time. The ruins overrun by green woodland in which she wakes are a far cry from the urbanised world she left behind in the 2200’s. Lyndall embarks upon a journey that will leave her questioning her very identity. She must choose between the new life that beckons and the old life from which, even thousands of years later, she cannot escape. She will discover that the mission was never about sending people into the future. Much more is at stake.

What inspired you to write Threads in Time?

I was preoccupied with Einstein’s theories of relativity for a while. I wrote my master’s dissertation on how T.S. Eliot’s portrayal of time was influenced by the scientific movements of the period. As such, time – or its enigmatic nature – was on my mind. I found myself wondering: if it’s theoretically possible to shoot off into space at such a speed that time slows down relative to the time on earth, what if a program were developed based on that premise? What if something went wrong for one of the volunteers and thousands of years passed rather than a few hundred? How would that feel? What would this new future world look like? I found it intriguing to sketch out two future worlds: the nearer future where Lyndall is from – twenty-third century London, which is over-urbanized and overpopulated – and then the far off future into which she’s precipitated, thousands of years down the line, where any urban civilization seems to have completely regressed and the natural world has taken over again. It offered so much room to speculate, and such an unlimited scope for the imagination. The arc of the story came naturally from there.

When did you first realize you wanted to be a writer?

I was very young. I loved escaping into stories when reading, but then I discovered that writing them offered a much richer sort of escapism – one that was cathartic too. I knew early on that I would always love creating these worlds to get lost in; and that I could perhaps even one day provide a similar sort of escape for others. As it turns out, my teenage self was right! That profound love for writing only grew.

What was the process for getting Threads in Time published?

A challenging one! The writing of it was only the beginning and that came more naturally. The re-drafting and preparing for publication was probably the most challenging. It doesn’t help that I’m a compulsive editor so recognising the point at which you can tip the balance and overedit was difficult.

What was the first book that made you cry?

The first book that I can remember making me cry was The Peppermint Pig. It’s a children’s book but ends (*spoiler alert!*) with the little-girl protagonist’s best friend – the pig – being sent to the butcher. I was inconsolable! I think I might’ve even rewritten a separate ending for myself…

Do you want each book to stand on its own, or are you trying to build a body of work with connections between each book?

For this trilogy, I think I’d like it to be a combination of the two. The first one, especially, could be a standalone but, simultaneously, narrative strands are spun that are calling to be drawn out and tied up. The second and third installments will better fit a trilogy arc, but I hope will be compelling enough, and structured well enough, to also stand alone should someone read just one. Obviously, readers will get much more out of the story if they read the whole trilogy (and hopefully will be hooked enough that they’ll be compelled to in any case!). After the trilogy is behind me, I have ideas for so many more novels that will be entirely separate.

What was an early experience where you learned that language had power?

I think it started with observing the power of delivering language in drama – whether that was a poignant line in a movie or reading poetry in class. I would get so frustrated in school when the most beautiful, emotive poems were read in such monotonous, bored tones. But, even then, I could recognize the power of the words. As I grew up, there were moments when, reading, I would stumble across a thought or an experience that I had imagined was particular to me, captured in the words of someone else but far more eloquently described than anything my teenage self could’ve expressed. It made me realize just how powerful language can be. It captures the human condition: it can be unifying and consoling on the one hand but, equally, on the other, it can also be devastating. Yet language comes in so many different forms and, when it comes to novels, there’s nothing more potent than the magic of being consumed by an enthralling story!

Visit Threads in Time on Goodreads

About the Author – Hannah Di Girogis

Hannah was born and raised in the Cotswolds, England. After teaching English in Florence, Italy, for a time she moved to London, where she recently completed a Master’s in Modernist Literature at University College London. Prior to that, she studied English Literature at Birkbeck, University of London, where she graduated with first-class honours and won the John Hay Loban prize for the student who shows the most promise in literature. Threads in Time is her debut novel. She now lives in London with her husband. To sample more of her writing – her blog, poetry, and short stories – visit her website.