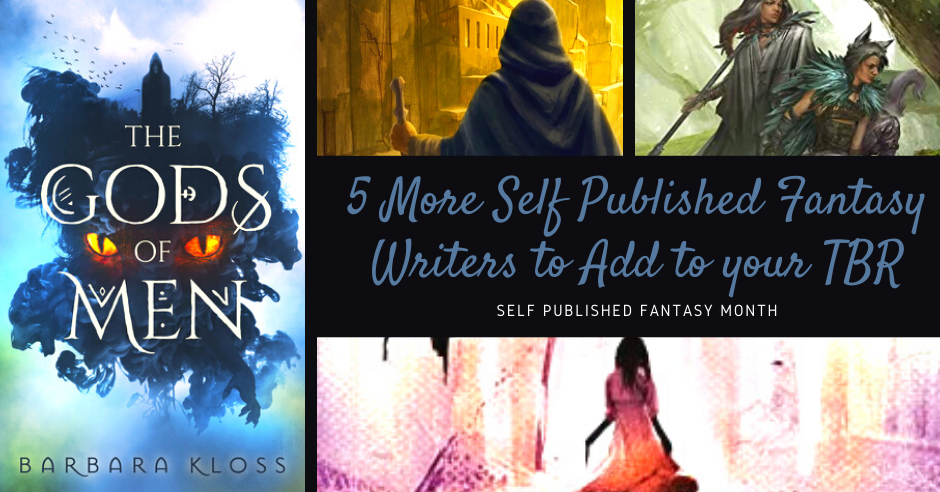 You Should Be Reading These Self Published Fantasy

Review For Self Published Fantasy Month

Patrick Samphire started writing when he was fourteen years old and thought it would be a good way of getting out of English lessons. It didn’t work, but he kept on writing anyway.

He has lived in Zambia, Guyana, Austria and England. He has been charged at by a buffalo and, once, when he sat on a camel, he cried. He was only a kid. Don’t make this weird.

Patrick has worked as a teacher, an editor and publisher of physics journals, a marketing minion, and a pen pusher (real job!). Now, when he’s not writing, he designs websites and book covers. He has a PhD in theoretical physics, which means that all the unlikely science in his books is actually true. Well, most of it. Well, some of it. Maybe.

Patrick now lives in Wales, U.K. with his wife, the awesome writer Stephanie Burgis, their two sons, and their cat, Pebbles. Right now, in Wales, it is almost certainly raining.

It was only supposed to be one little job – a simple curse-breaking for Mennik Thorn to pay back a favor to his oldest friend. But then it all blew up in his face. Now he’s been framed for a murder he didn’t commit.

So how is a second-rate mage, broke, traumatized, and with a habit of annoying the wrong people supposed to prove his innocence when everyone believes he’s guilty?

Mennik has no choice if he wants to get out of this: he is going to have to throw himself into the corrupt world of the city’s high mages, a world he fled years ago. Faced by supernatural beasts, the mage-killing Ash Guard, and a ruthless, unknown adversary, it’s going to take every trick Mennik can summon just to keep him and his friend alive.

But a new, dark power is rising in Agatos, and all that stands in its way is one damaged mage…

Interview For Self Published Fantasy Month

Fantasy-Faction Review of Gods of Men

Barbara Kloss loves adventures, and finds them through reading, writing, trekking through the wilderness, and gaming—though she doesn’t consider herself a gamer. She just happens to like video games. RPGs, specifically. She’s also a bit of a fitness enthusiast, a classically-trained pianist, and she believes that maintaining balance in life is a good thing (coffee excluded).

Barbara studied biochemistry at Cal Poly, San Luis Obispo, CA, and worked for years as a clinical laboratory scientist. She was lured there by mental images of colorful bubbling liquids in glass beakers. She was deceived.

She currently lives in northern California, with her gorgeous husband, three babies, and pup. Author of the award-winning Gaia’s Secret Series, and SPFBO4 finalist, The Gods of Men

Sable hated the gods. She hated what men did in their name.

Magic is forbidden throughout the Five Provinces; those born with it are hunted and killed. Sable doesn’t know her music holds power over souls—not until, at age nine, she plays her flute before the desert court and accidentally stops her baby sister’s heart, killing her. Horrified by what she’s done and fearing for her life, she flees north, out of Provincial jurisdiction and into the frigid land of exiles and thieves, known as The Wilds. There, Sable lives in hiding, burdened by guilt, and survives as a healer. But now, ten years later, someone—or something—is hunting her.

On the run again, Sable’s best chance for survival is Jos, a lethal man from the Five Provinces, who claims to need her skills as a healer to save his dying father, and she needs the large sum of money he’s offered. There’s something about him Sable doesn’t trust, but she doesn’t have many options. A spirit of the dead is hunting her, summoned by a mysterious necromancer, and it’s getting closer.

Sable soon discovers she’s just the start of the necromancer’s plan to take over the Five Provinces, and she’s the only one with the power to stop it. But harnessing her forbidden power means revealing it to the world, and the dangerous Provincial, Jos, she’s beginning to fall for.

Self Published Fantasy Month Review of Cradle of Sea and Soil

Heya, visitor! I’m a Puerto Rican fantasy author that writes Latinx-inspired settings and characters. You can usually find me devouring books and story-rich video games, visual/graphic novels, and anime whenever I’m not wordsmithing.

I’m also a former U.S. Army medic and spent most of my service time working in an ER, which was an amazing and humbling experience. Before that, I worked for Dell, which helped spark my love for customizing tech and computer-building. Right now I’m writing fantasy novels and caring for doggies in Tigard, Oregon, and loving every moment of it!

I hope you enjoy my worlds as much as I enjoyed writing them. Feel free to let me know what you think wherever you find me.

The Primordial Wound has festered with corruption since the birth of the world. The island tribes have warred against its spawn for just as long—and they are losing.

Burdened by the same spiritual affliction that drove the first Halfborn insane, Colibrí lives in exile with little more than her warrior oaths and her son. But when Colibrí discovers corrupted land hidden away by sorcery, those same oaths drive her to find answers in an effort to protect the very people who fear her.

Narune dreams of earning enough glory to show that he and his mother Colibrí are nothing like the Halfborn that came before them. Becoming a mystic will give him the strength he needs, but first, Narune will need to prove himself worthy in a trial of skill and honor.

Together, Colibrí and Narune must learn to become the champions their people need—an

Graham Austin-King was born in the south of England and weaned on broken swords and half-forgotten spells. A shortage of these forced him to consume fantasy novels at an ever-increasing rate, turning to computers and tabletop gaming between meals.

He experimented with writing at the beginning of an education that meandered through journalism, international relations, and law. To this day he is committed to never allowing those first efforts to reach public eyes.

After spending a decade in Canada, learning what ‘cold’ really means, and being horrified by poutine, he settled once again in the UK with a seemingly endless horde of children.

To date he is the author of five novels, drawing on a foundation of literary influences ranging from David Eddings to Clive Barker.

Find Graham on facebook at http://on.fb.me/1pMyWmK He loves to chat with readers.

What others are saying about Graham’s books:

“The action is great, the suspense is well done and the Fae are truly scary.” – Leanne Ellis, Bloody Cake News

“…If you like fantasy books which you can really get stuck into then this one is for you!” – Bodicia, A Woman’s Wisdom Blog

“…This is a fantastic fantasy! I loved it!” – Lynn Worton, Book Reviews by Lynn.

Sarah has been a compulsive reader her whole life. At a young age, she found her reading niche in the fantastic genre of Speculative Fiction. She blames her active imagination for the hobbies that threaten to consume her life. She is a freelance writer and editor, a semi-pro nature photographer, world traveler, three-time cancer survivor with hEDS, and mom to one seven-year-old, and one rambunctious toddler. In her ideal world, she’d do nothing but drink lots of tea and read from a never-ending pile of speculative fiction books. She has been running the speculative fiction review blog Bookworm Blues for eight years.