5 Fantasy or Science Fiction Books With a Character Named Bob

Why Bob you ask? The question is, why not Bob?

There is an entire series dedicated to a character named Bob, or a skull sidekick named Bob. Robert Baratheon the fictional character in the A Song of Ice author George R. R. Martin was probably never called Bob, but definitely could have been. Then we have Bobby Pendragon the titular character from the series of the same name, and lastly we have The Dread Pirate Roberts, terror of the seas from Princess Bride. 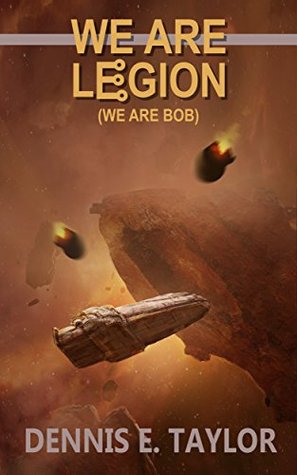 We Are Legion (We Are Bob)

“WAKE UP, BUDDY. YOU OKAY?” “AUNTIE EM! AUNTIE EM!” HOMER’S VR CAME ONLINE, SMILING. “I GUESS WE GOT’EM.” I SNORTED WITH RELIEF. “AND THEIR LITTLE DOG, TOO.” HOMER STEEPLED HIS FINGERS IN A PROPERLY EVIL MASTERMINDISH POSE. “ALL THEIR BASE ARE BELONG TO US.”

About We are Legion, We are Bob

Bobiverse fans: a signed limited edition of all three books in a boxed set, signed by the author, is now available on Amazon. Look for The Bobiverse [Signed Limited Edition] on Amazon

Bob Johansson has just sold his software company and is looking forward to a life of leisure. There are places to go, books to read, and movies to watch. So it’s a little unfair when he gets himself killed crossing the street.

Bob wakes up a century later to find that corpsicles have been declared to be without rights, and he is now the property of the state. He has been uploaded into computer hardware and is slated to be the controlling AI in an interstellar probe looking for habitable planets. The stakes are high: no less than the first claim to entire worlds. If he declines the honor, he’ll be switched off, and they’ll try again with someone else. If he accepts, he becomes a prime target. There are at least three other countries trying to get their own probes launched first, and they play dirty.

The safest place for Bob is in space, heading away from Earth at top speed. Or so he thinks. Because the universe is full of nasties, and trespassers make them mad – very mad. 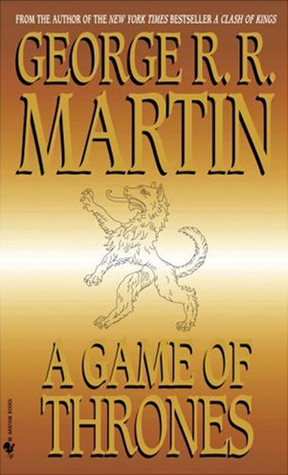 A Game of Thrones

“I’m not trying to honor you. I’m trying to get you to run my kingdom while I eat, drink, and whore my way to an early grave.“―Robert Baratheon to Eddard Stark

About Game of Thrones

Here is the first volume in George R. R. Martin’s magnificent cycle of novels that includes A Clash of Kings and A Storm of Swords. As a whole, this series comprises a genuine masterpiece of modern fantasy, bringing together the best the genre has to offer. Magic, mystery, intrigue, romance, and adventure fill these pages and transport us to a world unlike any we have ever experienced. Already hailed as a classic, George R. R. Martin’s stunning series is destined to stand as one of the great achievements of imaginative fiction.

A GAME OF THRONES

Long ago, in a time forgotten, a preternatural event threw the seasons out of balance. In a land where summers can last decades and winters a lifetime, trouble is brewing. The cold is returning, and in the frozen wastes to the north of Winterfell, sinister and supernatural forces are massing beyond the kingdom’s protective Wall. At the center of the conflict lie the Starks of Winterfell, a family as harsh and unyielding as the land they were born to. Sweeping from a land of brutal cold to a distant summertime kingdom of epicurean plenty, here is a tale of lords and ladies, soldiers and sorcerers, assassins and bastards, who come together in a time of grim omens.

Here an enigmatic band of warriors bear swords of no human metal; a tribe of fierce wildlings carry men off into madness; a cruel young dragon prince barters his sister to win back his throne; and a determined woman undertakes the most treacherous of journeys. Amid plots and counterplots, tragedy and betrayal, victory and terror, the fate of the Starks, their allies, and their enemies hangs perilously in the balance, as each endeavors to win that deadliest of conflicts: the game of thrones. 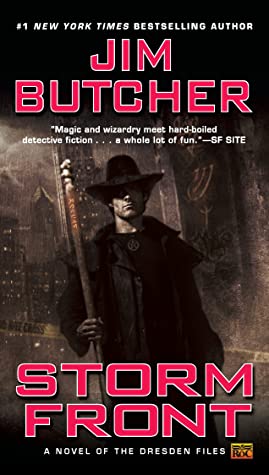 “Paranoid? Probably. But just because you’re paranoid doesn’t mean there isn’t an invisible demon about to eat your face.”

Harry Dresden is the best at what he does. Well, technically, he’s the only at what he does. So when the Chicago P.D. has a case that transcends mortal creativity or capability, they come to him for answers. For the “everyday” world is actually full of strange and magical things—and most don’t play well with humans. That’s where Harry comes in. Takes a wizard to catch a—well, whatever. There’s just one problem. Business, to put it mildly, stinks.

So when the police bring him in to consult on a grisly double murder committed with black magic, Harry’s seeing dollar signs. But where there’s black magic, there’s a black mage behind it. And now that mage knows Harry’s name. And that’s when things start to get interesting.

Magic – it can get a guy killed. 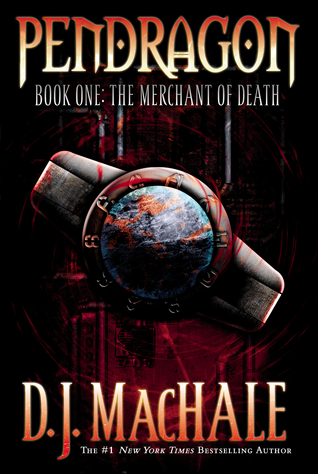 The Merchant of Death

“Whenever you look back and say “if” you know you’re in trouble. There is no such thing as “if”. The only thing that matters is what really happened.”

The Merchant of Death

Bobby Pendragon is a seemingly normal fourteen-year-old boy. He has a family, a home, and even Marley, his beloved dog. But there is something very special about Bobby.

He is going to save the world.

And not just Earth as we know it. Bobby is slowly starting to realize that life in the cosmos isn’t quite what he thought it was. And before he can object, he is swept off to an alternate dimension known as Denduron, a territory inhabited by strange beings, ruled by a magical tyrant, and plagued by dangerous revolution.

If Bobby wants to see his family again, he’s going to have to accept his role as savior, and accept it wholeheartedly. Because, as he is about to discover, Denduron is only the beginning…. 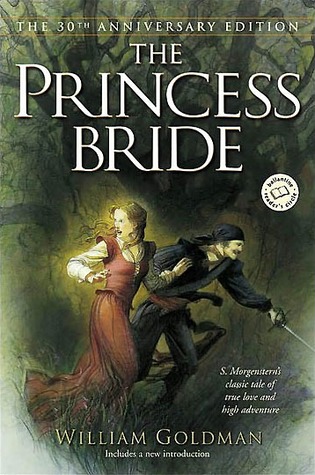 What happens when the most beautiful girl in the world marries the handsomest prince of all time and he turns out to be…well…a lot less than the man of her dreams?

As a boy, William Goldman claims, he loved to hear his father read the S. Morgenstern classic, The Princess Bride. But as a grown-up he discovered that the boring parts were left out of good old Dad’s recitation, and only the “good parts” reached his ears.

In short, it’s about everything.