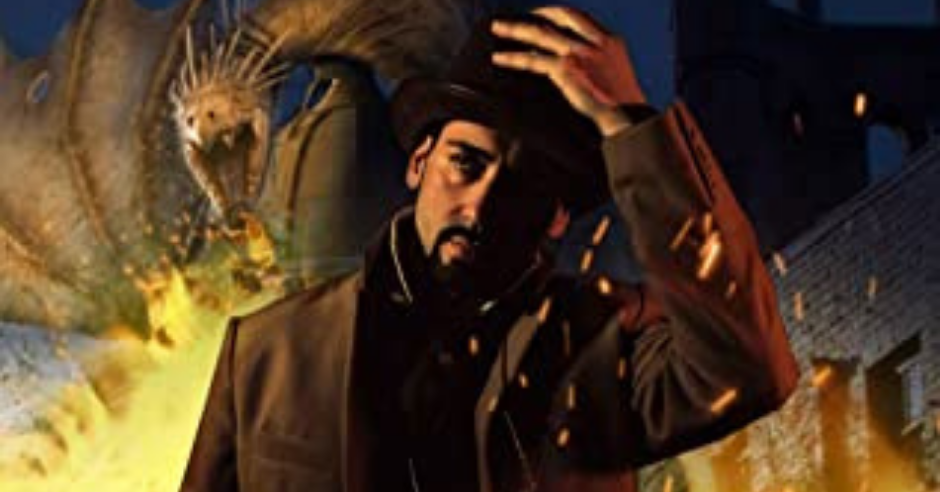 2nd Round Pick – Stranger Back Home by E.L Haines

“Strange Back Home might have a few bumps in the road, but it’s fun, funny fantasy, that I enjoyed reading and I’m giving it the push forward.”

One day, your father is a renowned diplomat. The next day, he’s an infamous terrorist.

When Sparrow is summoned to the reading of his father’s last will and testament, the most he hoped for was a minor bequest. Instead, he inherited suspicion and accusations from the Empire that his father helped unite.

Locked away in a vault are the secrets that will reveal Xavier DuMont’s mysterious past and shine a light on Sparrow’s future. Perhaps even the future of the entire realm.

Of course, these secrets won’t be obtained easily. Especially when everyone in this magical world seems so casually racist.

Stranger Back Home by E.L. Haines is a comedic fantasy that follows a dwarf by the name of Sparrow on his continuing adventures as he returns to his fantastical homeworld following the death of his father.

Technically, Stranger Back Home is part of a series of novels about Sparrow, but works well enough as a standalone, since most of his real backstory is fleshed out here. There were occasional references to earlier books, but nothing too jarring to take me out of the moment or narrative.

And what a narrative it is. Sparrow is a well accomplished entrepreneur in the fantastical city of Dragonsmouth  – filled to the brim with ghosts, vampires, goblins, dwarfs, and kobolds – and he’s got a lot of plates spinning at once.

Those plates include managing an all-girl rock band, dealing with the annoyances of the stage actors guild, managing his estate that he stole off some vampires, managing the power struggle between the various ruling groups in Dragonsmouth, leading a small group of mercenaries, and struggling to educate the fantasy populace on the injustices of blackface while simultaneously running a kobold day spa in kobold-face. And that’s just off the top of my head.

If you think that’s a lot, you’d be right. There’s a sort of loose feeling to the narrative that keeps Sparrow bouncing around, ping-ponging between different things that all ultimately tie back into the overarching plot of him being summoned due to his father’s death and his step-mother’s kidnapping.

Does it work seamlessly? Not always. Some threads seem more consequential than others while others only have the most tenuous of links to the main story.

But is it fun? You bet it is. There’s a lot of wild fantasy concepts thrown around in a bizarre mishmash that becomes a thing of beauty. The language is crisp and tight and has occasional glimmers of Pratchett (who, as everyone knows, is the only author to ever write humorous fantasy). When Haines ventures into social commentary, things get a bit clumsy, and I’m not sure some of his theses fully lands as the book believes it should, but it is a valiant attempt at best and the rest of the book is so enjoyable that it’s not that big a deal (to me, at least).

But how does Stranger stack up in terms of SPFBO?

The thing about humor is that it doesn’t tend to fare well in these sorts of competitions (yeah, yeah Orconomics), because judges either don’t like the jokes (humor is subjective), or they feel the humor takes away from the narrative, or they don’t think direct humor belongs in books of this nature. All are valid opinions. I, personally, have written copious amounts of humorous sci-fi/fantasy fiction and have encountered these views (and reviews) often. But this isn’t an advertisement for my books*. The point is that as an SPFBO judge, I’m now in a position to be the change I want to see in the world.

Strange Back Home might have a few bumps in the road, but it’s fun, funny fantasy, that I enjoyed reading and I’m giving it the push forward.

*This, on the other hand, is! Read the Duckett & Dyer: Dicks For Hire series today!