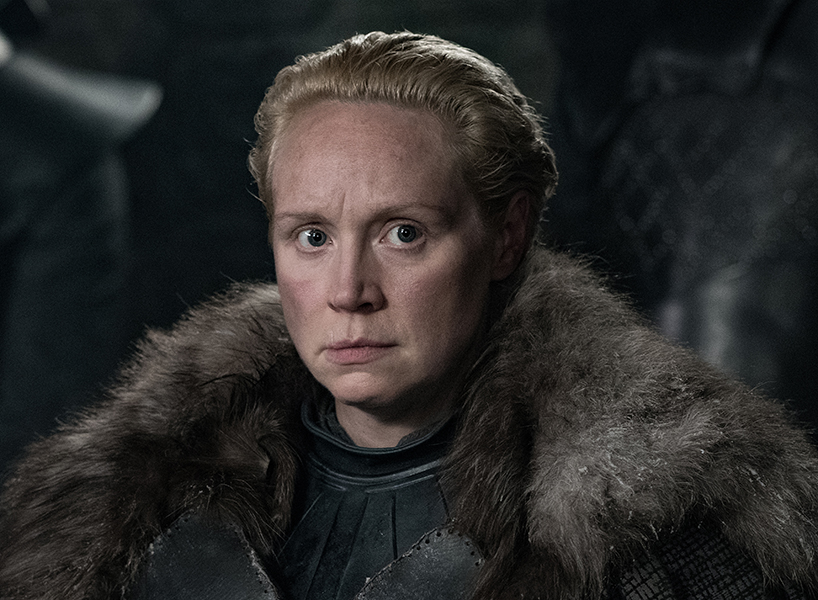 10 books with a Lead Character like Brienne of Tarth 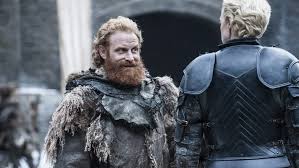 Ser Brienne of Tarth, strong, stoic, courageous woman in a man’s world. She fights with honor and her own personal moral code. I think this type of character is an important kind to have in science fiction and fantasy. She would not stay in the background, and she doesn’t need to saved. Brienne of Tarth does the saving.

Who else in fantasy and science fiction have these qualities?

“Maybe you were as good as people said… once. Or maybe people just love to overpraise a famous name.” 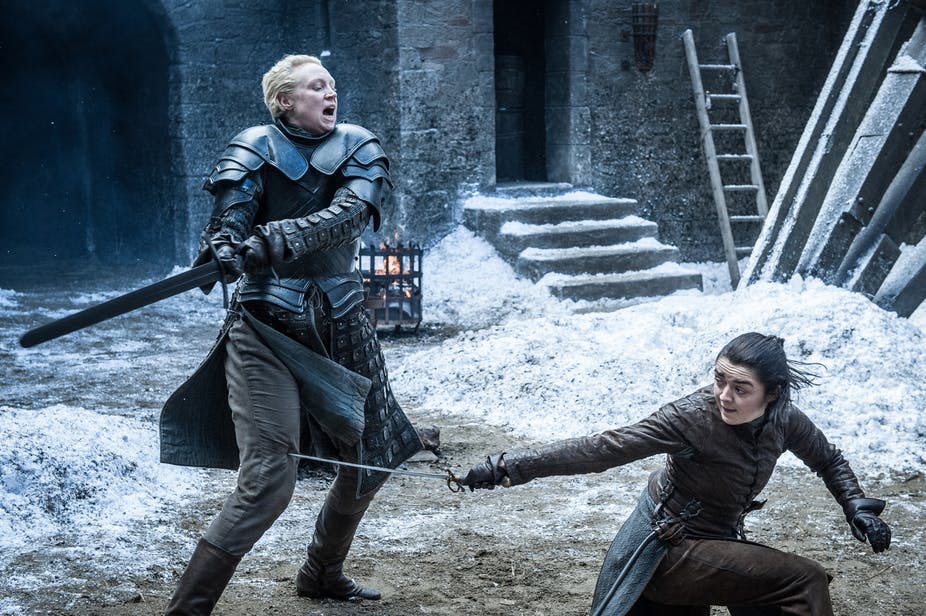 In a land where three suns almost never set, a fledgling killer joins a school of assassins, seeking vengeance against the powers who destroyed her family.
Daughter of an executed traitor, Mia Corvere is barely able to escape her father’s failed rebellion with her life. Alone and friendless, she hides in a city built from the bones of a dead god, hunted by the Senate and her father’s former comrades. But her gift for speaking with the shadows leads her to the door of a retired killer, and a future she never imagined.
Now, Mia is apprenticed to the deadliest flock of assassins in the entire Republic—the Red Church. If she bests her fellow students in contests of steel, poison and the subtle arts, she’ll be inducted among the Blades of the Lady of Blessed Murder, and one step closer to the vengeance she desires. But a killer is loose within the Church’s halls, the bloody secrets of Mia’s past return to haunt her, and a plot to bring down the entire congregation is unfolding in the shadows she so loves.
Will she even survive to initiation, let alone have her revenge?

Katsa has been able to kill a man with her bare hands since she was eight—she’s a Graceling, one of the rare people in her land born with an extreme skill. As niece of the king, she should be able to live a life of privilege, but Graced as she is with killing, she is forced to work as the king’s thug.
She never expects to fall in love with beautiful Prince Po.
She never expects to learn the truth behind her Grace—or the terrible secret that lies hidden far away . . . a secret that could destroy all seven kingdoms with words alone.
With elegant, evocative prose and a cast of unforgettable characters, debut author Kristin Cashore creates a mesmerizing world, a death-defying adventure, and a heart-racing romance that will consume you, hold you captive, and leave you wanting more.

The Armored Saint by Myke Cole

In a world where any act of magic could open a portal to hell, the Order insures that no wizard will live to summon devils, and will kill as many innocent people as they must to prevent that greater horror. After witnessing a horrendous slaughter, the village girl Heloise opposes the Order, and risks bringing their wrath down on herself, her family, and her village.

Heloise is a hero. She is a character that people can look up to. If you haven’t read this series, please do. Cole does a fantastic job with Heloise.

Check Out My Review

The Warrior Queens by Antonia Fraser

Antonia Fraser’s Warrior Queens are those women who have both ruled and led in war. They include Catherine the Great, Elizabeth I, Isabella of Spain, the Rani of Jhansi, and the formidable Queen Jinga of Angola. With Boadicea as the definitive example, her female champions from other ages and civilisations make a fascinating and awesome assembly. Yet if Boadicea’s apocryphal chariot has ensured her place in history, what are the myths that surround the others? And how different are the democratically elected if less regal warrior queens of recent times: Indira Gandhi and Golda Meir? This remarkable book is much more than a biographical selection. It examines how Antonia Fraser’s heroines have held and wrested the reins of power from their (consistently male) adversaries.

The Deed of Paksenarrion by Elizabeth Moon

The Deed of Paksenarrion revolves around the life of Paksenarrion Dorthansdotter, known as Paks. It takes place in a fictional medieval world comprised of kingdoms of humans, dwarves, and elves. The story begins by introducing Paks as a headstrong girl of 18, who leaves her home (fleeing a marriage arranged by her father) to join a mercenary company. Through her journeys and hardships she comes to realize that she has been gifted as a paladin. The novel was originally published in three volumes in 1988 and 1989 and as a single trade edition of that name in 1992. The three books included are The Sheepfarmer’s Daughter, Divided Allegiance and Oath of Gold.
From publisher Baen: “Paksenarrion, a simple sheepfarmer’s daughter, yearns for a life of adventure and glory, such as was known to heroes in songs and story. At age seventeen she runs away from home to join a mercenary company and begins her epic life . . . Book One: Paks is trained as a mercenary, blooded, and introduced to the life of a soldier . . . and to the followers of Gird, the soldier’s god. Book Two: Paks leaves the Duke’s company to follow the path of Gird alone—and on her lonely quests encounters the other sentient races of her world. Book Three: Paks the warrior must learn to live with Paks the human. She undertakes a holy quest for a lost elven prince that brings the gods’ wrath down on her and tests her very limits.”

The Hunger Games by Suzanne Collins

Could you survive on your own, in the wild, with everyone out to make sure you don’t live to see the morning?
In the ruins of a place once known as North America lies the nation of Panem, a shining Capitol surrounded by twelve outlying districts. The Capitol is harsh and cruel and keeps the districts in line by forcing them all to send one boy and one girl between the ages of twelve and eighteen to participate in the annual Hunger Games, a fight to the death on live TV. Sixteen-year-old Katniss Everdeen, who lives alone with her mother and younger sister, regards it as a death sentence when she is forced to represent her district in the Games. But Katniss has been close to dead before – and survival, for her, is second nature. Without really meaning to, she becomes a contender. But if she is to win, she will have to start making choices that weigh survival against humanity and life against love.
New York Times bestselling author Suzanne Collins delivers equal parts suspense and philosophy, adventure and romance, in this searing novel set in a future with unsettling parallels to our present.

Everyone knows this story. Katniss is a strength and courage personified. Since the beginning of the series, Katniss does what she feels is morally justified. Much like Brienne of Tarth

OLD ENOUGH TO BE USED, YOUNG ENOUGH TO BE BROKEN
Sassinak was twelve when the raiders came. That made her just the right age: old enough to be used, young enough to be broken. Or so the slavers thought. But Sassy turned out to be a little different from your typical slave girl. Maybe it was her unusual physical strength. Maybe it was her friendship with the captured Fleet crewman. Maybe it was her spirit. Whatever it was, it wouldn’t let her resign herself to the life of a slave. She bided her time, watched for her moment. Finally it came, and she escaped.
But that was only the beginning for Sassinak. Now she’s a Fleet Captain with a pirate-chasing ship of her own, and only one regret in her life: not enough pirates.

Daughter of the Forest by Juliet Marillier

Lovely Sorcha is the seventh child and only daughter of Lord Colum of Sevenwaters. Bereft of a mother, she is comforted by her six brothers who love and protect her. Sorcha is the light in their lives, they are determined that she know only contentment.
But Sorcha’s joy is shattered when her father is bewitched by his new wife, an evil enchantress who binds her brothers with a terrible spell, a spell which only Sorcha can lift-by staying silent. If she speaks before she completes the quest set to her by the Fair Folk and their queen, the Lady of the Forest, she will lose her brothers forever.
When Sorcha is kidnapped by the enemies of Sevenwaters and taken to a foreign land, she is torn between the desire to save her beloved brothers, and a love that comes only once. Sorcha despairs at ever being able to complete her task, but the magic of the Fair Folk knows no boundaries, and love is the strongest magic of them all…

Hundreds of years before Alanna first drew her sword in Tamora Pierce’s memorable debut, Alanna: The First Adventure, Tortall had a heroine named Beka Cooper – a fierce young woman who fights crime in a world of magic. This is the beginning of her story, her legend, and her legacy….
Beka Cooper is a rookie with the law-enforcing Provost’s Guard, commonly known as “the Provost’s Dogs,” in Corus, the capital city of Tortall. To the surprise of both the veteran “Dogs” and her fellow “puppies,” Beka requests duty in the Lower City. The Lower City is a tough beat. But it’s also where Beka was born, and she’s comfortable there.
Beka gets her wish. She’s assigned to work with Mattes and Clary, famed veterans among the Provost’s Dogs. They’re tough, they’re capable, and they’re none too happy about the indignity of being saddled with a puppy for the first time in years. What they don’t know is that Beka has something unique to offer. Never much of a talker, Beka is a good listener. So good, in fact, that she hears things that Mattes and Clary never could – information that is passed in murmurs when flocks of pigeons gather … murmurs that are the words of the dead.
In this way, Beka learns of someone in the Lower City who has overturned the power structure of the underworld and is terrorizing its citizens into submission and silence. Beka’s magical listening talent is the only way for the Provost’s Dogs to find out the identity of this brutal new underlord, for the dead are beyond fear. And the ranks of the dead will be growing if the Dogs can’t stop a crime wave the likes of which has never been seen. Luckily for the people of the Lower City, the new puppy is a true terrier!

Eisner Award-nominated writer Kelly Sue DeConnick (Pretty Deadly, Captain Marvel) and Valentine De Landro (X-Factor) team up to bring you the premiere volume of Bitch Planet, a deliciously vicious riff on women-in-prison sci-fi exploitation.
In a future just a few years down the road in the wrong direction, a woman’s failure to comply with her patriarchal overlords will result in exile to the meanest penal planet in the galaxy. When the newest crop of fresh femmes arrive, can they work together to stay alive or will hidden agendas, crooked guards, and the deadliest sport on (or off!) Earth take them to their maker?